Police have made a breakthrough in their investigations into an unnatural death.

Highland-Best has also been charged with other offences related to the incident at the Arsenal Playing Field including Wounding and Violent Disorder.

He is scheduled to appear at the District ‘A’ Magistrate’s Court, Cane Garden, St. Thomas today. 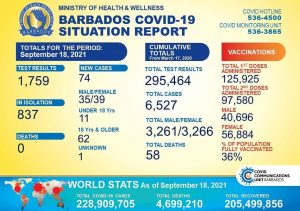