(CNN) — The Biden administration is expected to announce Friday that the US Centres for Disease Control and Prevention will lift its requirement for travellers to test negative for COVID-19 before entering the US, according to a senior administration official.

The move, which CNN was first to report, will go into effect for US-bound air travellers at midnight on Sunday.

The CDC is lifting the restriction that the travel industry had lobbied against for months after determining it was no longer necessary “based on the science and data,” the official said. The CDC will reassess its decision in 90 days and if officials decide they need to reinstate it, because of a concerning new variant, for example, will do so. The measure has been in place since January 2021.

The official said the Biden administration plans to work with airlines to ensure a smooth transition with the change, but it will likely be a welcome move for most in the industry.

Travel industry officials have been increasingly critical of the requirement in recent weeks and directly urged the Biden administration to end the measure, arguing it was having a chilling effect on an already fragile economy, according to Airlines for America chief Nick Calio, whose group met recently with White House officials.

The travel industry, and some scientific experts, said the policy had been out of date for months.

Lawmakers, including Democrats, had also advocated for lifting the requirement in recent weeks.

Nevada Sen. Catherine Cortez Masto said, “I’m glad CDC suspended the burdensome coronavirus testing requirement for international travellers, and I’ll continue to do all I can to support the strong recovery of our hospitality industry.”

White House officials met last month with travel industry officials, who pressed the Biden administration to end its requirements that vaccinated international travellers take a coronavirus test before flying to the United States.

Airlines for America said its members — including American Airlines, United Airlines, Southwest Airlines and Delta Air Lines — had believed lifting the requirements would lead more foreigners to visit the US.

The trade association told CNN that in mid-May, domestic travel came within 7 percentage points of pre-pandemic levels, but international travel lagged at 14% below normal.

“Prior to the pandemic, travel was one of our nation’s largest industry exports. The lifting of this requirement will enable the industry to lead the way toward a broader US economic and jobs recovery,” Dow said in a statement.

The industry has criticized the policy as out of date for months, and some medical experts have also questioned its utility.

“I’ve been bemused about that for a long time because we’ve got plenty of COVID here! It’s not as though we’re trying to keep COVID out,” Schaffner told CNN in March. “It’s here already.” 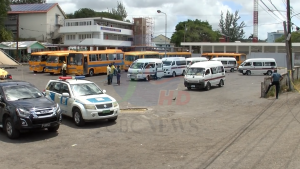