Opposition Leader in Trinidad and Tobago, Kamla Persad Bissessar, says she intends to raise the government’s recent announcement of an increase in fuel prices as a matter of urgent public importance in Parliament today.

The one dollar (One TT dollar=US$0.16 cents) per litre increase in fuel prices went into effect as of midnight on Monday and Persad Bissessar, speaking at a protest march organised by her United National Congress (UNC) in Debe, south of Port of Spain, said she would raise the matter as well as the crime situation in the Parliament.

She told supporters that Prime Minister Dr. Keith Mitchell, who left here on Tuesday for Barbados for talks with senior United States officials, was engaged in a price of evading questions that would be put to him during the Prime Minister\s question time in the Parliament.

Opposition legislator Dr. Roodal Moonilal told the UNC supporters that the increase in fuel prices will have a multiplier effect and “everything will go up because of the price increase.

“This is a direct result of the closure of the refinery..so we now have to import with scarce foreign exchange fuel to be used in Trinidad and Tobago,” he said, in direct reference to the government’s decision to close down the loss-making oil refinery of  the state-owned PETROTRIN company two years ago.

Last week, the Finance Minister Colm Imbert announced an increase in fuel prices even as it acknowledged that it is cognisant of the effect it will have on consumers.

Imbert told Parliament that the adjustments in fuel prices were being made on the basis of factors such as the effect of the Russian invasion of Ukraine of international oil prices.

“The government is cognisant of the effect of an increase in the price of fuel on consumers, notwithstanding the fact that a fuel subsidy is a regressive measure.

Imbert told legislators that there should be a partial adjustment of the prices of motor fuels, “not to the full market prices, but sufficient to allow an equal distribution of the cost.”

The government said the cost of liquefied petroleum gas (LPG) will remain fixed at TT$21 for a 20-pound cylinder of cooking gas for domestic customers, while the price of kerosene will be adjusted to TT$3.50 per litre which is little over half the true market price.

Apart from the UNC, the Joint Trade Union Movement (JTUM) has announced plans to stage a rally against the price increase and has been urging the government to rescind the new policy. 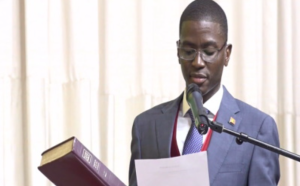 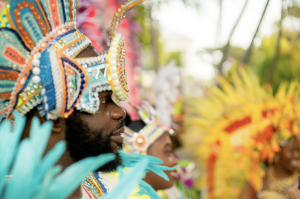 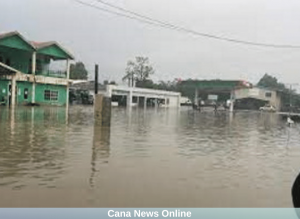