Tropical Storm Ian is forecast to become a hurricane on Monday and a major hurricane on Tuesday, and to affect the Caribbean territories Cayman Islands and Jamaica.

According to the National Hurricane Centre, at 500 PM EDT (2100 UTC), the centre of Tropical Storm Ian was located near latitude 16.2 North, longitude 80.3 West.

Tropical Storm Ian is moving toward the west-northwest near 12 mph (19 km/h).

A turn toward the northwest is expected tonight, followed by a north-northwestward motion on Monday and a northward motion on Tuesday with a slightly slower forward speed.

On the forecast track, the centre of Tropical Storm Ian is expected to pass near or west of the Cayman Islands on Monday, and near or over western Cuba Monday night and early Tuesday. Tropical Storm Ian will then emerge over the southeastern Gulf of Mexico on Tuesday.

Maximum sustained winds are near 45 mph (75 km/h) with higher gusts. Some strengthening is forecast tonight, followed by more rapid strengthening on Monday and Tuesday.

Tropical-storm-force winds extend outward up to 35 miles (55 km) from the centre. The estimated minimum central pressure is 1003 mb (29.62 inches).

RAINFALL: Ian is expected to produce the rainfall in Jamaica and the Cayman Islands of 3 to 6 inches, with local maxima up to 8 inches. These rains may produce flash flooding and mudslides in areas of higher terrain, particularly over Jamaica. (Caribbean Disaster Emergency Management Agency) 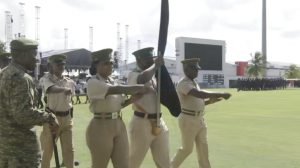 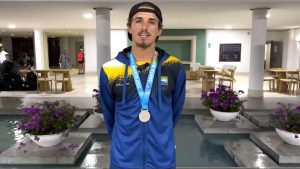