West Indies Women imperilled their chances of a semi-final spot when another faulty batting effort sent crashing to an eight-wicket to Pakistan in a rain-hit affair at Seddon Park in New Zealand on Monday.

Defending 89 for seven after the game was reduced to 20 overs, West Indies suffered heartbreak as the Pakistanis got over the line with seven deliveries to spare, for their first win at an ICC Women’s World Cup in 13 years.

Sent in, West Indies never really found their footing and only opener Deandra Dottin, who slammed 27 off 35 deliveries with five fours, showed any real intent.

In fact, she was only of two specialist batsmen to reach double figures, captain Stafanie Taylor being the other with a painful 18 off 31 balls, as veteran off-spinner Nida Dar ran through the innings with four for ten to earn Player-of-the-Match honours.

Opener Muneeba Ali then provided her side with a sound start to the potentially tricky run chase, hitting 37 off 43 balls with five fours, putting on 35 for the second wicket with captain Bismah Maroof (20 not out) who added a further 33 for the third wicket with Omaima Sohail (22 not out).

“I think … it was difficult to defend 90 runs. We really had to be on our ‘A’ game today in every single ball,” said bowling coach Corey Collymore.

A five-hour delayed start due to heavy rain and a water-logged outfield meant the contest was transformed into a Twenty20 affair, leaving West Indies with the advantage.

However, they lost Hayley Matthews cheaply in the fifth over, slicing seamer Fatima Sana to backward point for one before Dottin followed with the score on 34 for two in the 10th over, slapping a length delivery back to Nidar Dar.

Shemaine Campbelle (7) walked past one from Nida Dar and was stumped in the 12th over and further trouble ensued when Chedean Nation was bowled through the gate without scoring by off-spinner Omaima Sohail.

Taylor, dropped before she had scored, endured an arduous labour which eventually came to nothing when she smartly caught and bowled by left-arm spinner Nashra Sandhu going to her left.

In reply, when leg-spinner Afy Fletcher bowled Sidra Ameen for eight with the score on 22 in the sixth over, West Indies appeared in with a chance but Muneeba dashed those hopes before Bismah and Omaima sealed the finish.

West Indies Women remain third on six points despite the defeat, but have only one match remaining against South Africa Women on Thursday.

India current hold the all-important fourth spot on four points but have played only five matches.

So Suave out front 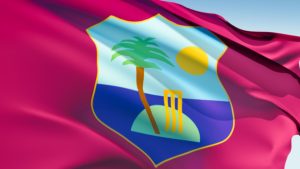 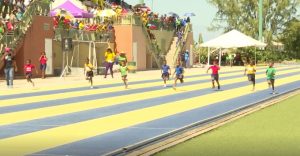 Red all the way at Charles F. Broome sports